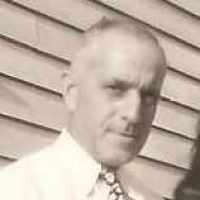 The Life of Raymond Walker

Put your face in a costume from Raymond Walker's homelands.

The Public Service Corporation (PSC) was formed on May 6, 1903. The company began as a merger of a power company with four different trolley companies. PSC would ultimately combine with over 400 other companies.
1916

During a deadly heat wave, thousands of residents were at the seaside resorts of Jersey Shore. Between July 1 and July 2 of 1916, five different people were attacked by sharks, and four of them ultimately died. Scientific knowledge about sharks was limited at this time, so these tragic incidents started a wave of "shark panic" that was spread by telephone calls, letters, newspapers, and other media.