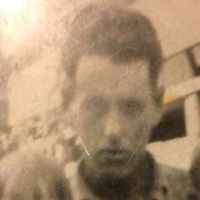 The Life of William Dona

Put your face in a costume from William Dona's homelands.

A law that funded many irrigation and agricultural projects in the western states.
1904 · The Black Patch War

From 1904-1909, the Black Patch War took place. This was a war between about 30 counties in southwestern Kentucky and northwestern Tennessee. The war was mostly over the Dark Fired Tobacco that was produced in the area during this time.
1926 · Mammoth Cave is Discovered