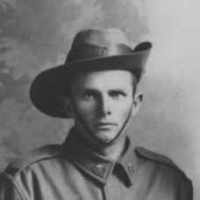 The Life of William Howard (Bill)

Put your face in a costume from William Howard (Bill)'s homelands.

The Australian flag flown for the first time.
1918

William Howard Diment, (Bill) (b1894), (a great, great grandchild to the pioneer William) Bill’s parents and their family attended the Burton church until mother Mary Ann (nee Clark) found there were …