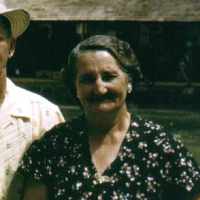 The Life of Ida Loretta

Put your face in a costume from Ida Loretta's homelands.

1 English: from Middle English persone, parsoun ‘parish priest’, ‘parson’ (Old French persone, from Latin persona ‘person’, ‘character’), hence a status name for a parish priest or perhaps a nickname for a devout man. The reasons for the semantic shift from ‘person’ to ‘priest’ are not certain; the most plausible explanation is that the local priest was regarded as the representative person of the parish. The phonetic change from -er- to -ar- was a regular development in Middle English.2 Americanized form of one or more like-sounding Jewish names.3 Americanized spelling of Swedish Pärsson, Persson ( see Persson ).