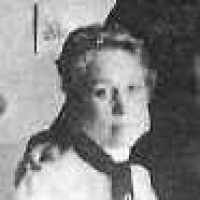 The Life Summary of Ellen Josephine

When Ellen Josephine Huey was born on 5 December 1857, in Port Elizabeth, Nelson Mandela Bay, Eastern Cape, South Africa, her father, Robert French Huey, was 37 and her mother, Clara Wilhelmina Thomas, was 34. She married Ernest H. Price about 1878. They were the parents of at least 2 sons and 1 daughter. She lived in Berkeley, Alameda, California, United States in 1910 and Fallon, Churchill, Nevada, United States in 1920. She died on 19 September 1946, in Fresno, California, United States, at the age of 88.

Put your face in a costume from Ellen Josephine's homelands.