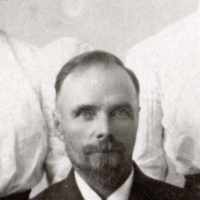 The Life of Anders

When Anders Karlsen Holien was born on 12 September 1850, in Namsos, Nord-Trøndelag, Norway, his father, Carl Olsen Holien, was 24 and his mother, Kristine Dorthea Andersdatter Buvarp, was 20. He married Olava Christine Naes on 24 January 1875, in Trondheim, Sør-Trøndelag, Norway. They were the parents of at least 2 daughters. He lived in Atkins Township, Towner, North Dakota, United States for about 10 years. He died on 16 January 1925, in Cando, Towner, North Dakota, United States, at the age of 74.

Birth year of Erik Werenskiold Norwegian painter and illustrator. He was especially known for his drawings of the Asbjørnsen and Moe fairytale collection.
1863