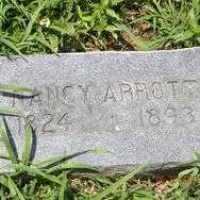 The Louisville and Portland canal opened in 1830. It was a 2 mile canal. It helped with the barrier caused by the Falls of the Ohio River at Louisville by making a route around them.
1834 · Vermont Anti-Slavery Society is Formed

The Anti-Slavery Society of Vermont was established in 1834. 100 people from different towns were at the first meeting, with the intent to abolish slavery.
1850 · 8th Most Populated State