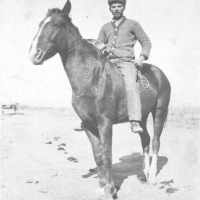 The Life of Manoel Affonso

Put your face in a costume from Manoel Affonso's homelands.

Mary Philbrook was the first woman in New Jersey to become a lawyer. She had applied for admission to the New Jersey Bar in 1894, but was rejected because the New Jersey Court stated that women were not vested with any right to be attorneys. Mary lobbied with the Jersey City Woman's Club for an update to the law, which was passed in 1895 and allowed women to become lawyers. Mary Philbrook was the first woman to be admitted after the law change.
1906 · Saving Food Labels

Portuguese, Galician, and Jewish (Sephardic): topographic name from Portuguese pereira ‘pear tree’, or a habitational name from a place named with this word in Portugal and Galicia. The surname is also common in western India, having been taken there by Portuguese colonists.