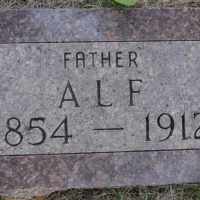 The Life of Alpheus

Put your face in a costume from Alpheus's homelands.

Alpheus Shufelt was born October 1854 in St. Lawrence County, New York. He married Nellie Agnes Pettit on the 19 September 1877 in Nashua, Chickasaw, Iowa. He was a laborer and a farmer. He died in El …