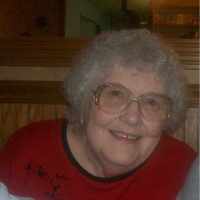 The Life of Alda Ruth

Put your face in a costume from Alda Ruth's homelands.

Originally known as the Cleveland Union Terminal, the Tower City Center was originally commissioned by the Van Sweringen brothers. At the time, it was the second-largest excavation project in the world after the Panama Canal. From 1930 until 1964, the 52-story Terminal Tower was the tallest building in North America outside of New York City.
1948 · The Beginning of the Cold War

1. Rodney didn't want his Dad's tomatoes to get wet so he picked all of them for him. His Dad came home from work and wasn't happy. He got a whooping. 2. Rodney's mother wanted to show she could ride …