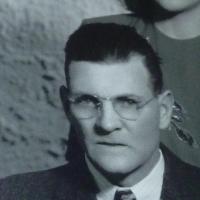 The Life of Darwin Edwin

Put your face in a costume from Darwin Edwin's homelands.

The first U.S. primary elections were held in Oregon in 1911.
1922 · Oldest radio station west of the Mississippi

1 Jewish (Ashkenazic): from Stein , with the addition of Yiddish man ‘man’.2 Respelling of German Steinmann .

Myrtle Vinie Hammond Steinman was my mother’s mother. She and Papa had the first TV I ever watched. We loved staying overnight at their house, picking sweet pea flowers, and eating vanilla ice cream o …