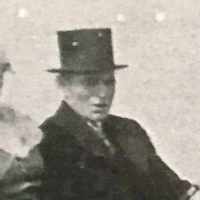 The Life of Robert Bauke Harmen's

When Robert Bauke Harmen's Boersma was born on 24 September 1910, in Hidaard, Friesland, Netherlands, his father, Harmen Pieters Boersma, was 38 and his mother, Gerbrig Baukes Wybrandi, was 30. He married Silvia Sietske Van Der Velde on 27 February 1934, in Netherlands. They were the parents of at least 4 sons and 1 daughter. He died on 10 March 1983, in Ontario, San Bernardino, California, United States, at the age of 72, and was buried in Ontario, San Bernardino, California, United States.

Put your face in a costume from Robert Bauke Harmen's's homelands.

Like the Boy Scouts of America, The Girl Scouts is a youth organization for girls in the United States. Its purpose is to prepare girls to empower themselves and by acquiring practical skills.
1914 · WWI and the Netherlands

During WWI, the Netherlands declared that they were neutral and stayed so during the war.
1931

Frisian: occupational name for a farmer or peasant.