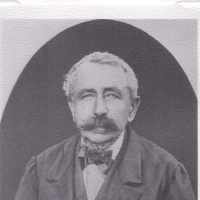 The Life of Friedrich Richard

When Friedrich Richard Scheffler was born on 15 November 1812, in Honigfelde, Stuhm, West Prussia, Prussia, Germany, his father, Wilhelm Scheffler, was 38 and his mother, Anna Catharina Schulz, was 38. He married Anna Caroline Schramke in February 1844. They were the parents of at least 3 sons and 6 daughters. He died on 5 June 1890, in Germany, at the age of 77.

Put your face in a costume from Friedrich Richard's homelands.

On Oct 19, 1813, Germany defeats Napolean. The commanding officer for the Allied side was Prince Karl Phillipp Schwarzenberg.
1814

The Congress of Vienna established the German Confederation of 39 independent German states.
1852 · The Book of Mormon Published in German

South German (Bavaria): occupational name for a cooper, from an agent derivative of Schäffl, a diminutive of the southern dialect term Schaff ‘tub’, ‘barrel’.