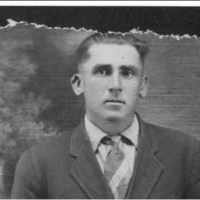 The Life of Ellis Thomas

Put your face in a costume from Ellis Thomas's homelands.

Hungarian: habitational name for someone from Buda, the old capital of Hungary, today part of Budapest. The etymology of the place name is uncertain, but is probably a derivative of Bod or Bud, a personal name of Turkic origin ( see Boda ). There are other places so called in Heves and Zala counties, and in former Kolozs county in Transylvania (now in Romania), which may also have given rise to the surname.

Rosalia Budai and sons Johann and Telles Arrive in Galveston, Texas Rosalia (40), Johann (16) and Telles (9) Budai left from Bremen, Germany to join their family in Texas. They departed Bremen on Se …