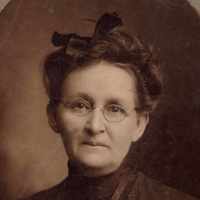 The Life of Sydney Martha

Put your face in a costume from Sydney Martha's homelands.

1 English (mainly southeastern England): habitational name from Harden in West Yorkshire, which gets its name from Old English hara ‘hare’ or hær ‘rock’ + denu ‘valley’. Harden in Staffordshire, recorded in the Middle Ages as Haworthyn, Harwerthyn (from Old English hēah ‘high’ + worðign ‘enclosure’), was probably not reduced to its modern form early enough to lie behind any examples of the surname.2 Irish: reduced Anglicized form of Gaelic Mac Giolla Deacair ( see Hardy ).3 North German: patronymic from a short form of a Germanic personal name with the first element hard ‘hardy’, ‘brave’, ‘strong’.

from Lemon City: Pioneering on Biscayne Bay 1850-1925, by Thelma Peters, published in 1976 by Banyan Books. p.46 "Edgar Peters, a neighbor and friend, was a student of medicine at Emory University. …