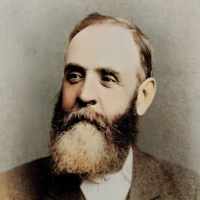 The Life Summary of Barnard

Put your face in a costume from Barnard's homelands.

In writing about his experiences while crossing the plains, Barnard has given us a colorful account of this harrowing adventure. His sister Elizabeth also wrote her version of the same events. These t …