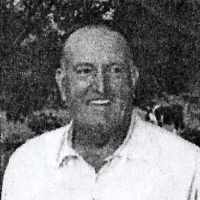 The Life Summary of Loren Richard

Put your face in a costume from Loren Richard's homelands.

Grandpa was a hard working farmer who didn't appreciate his upstart of a nephew Ezra Taft Benson telling him how to plant his fields. When he got off his mission to Turkey he went to stay with his ol …