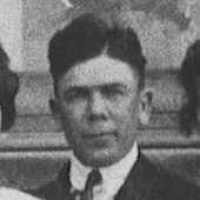 The Life Summary of Joseph Ozro

Put your face in a costume from Joseph Ozro's homelands.

Born on the 18 of January 1892 in Afton, Star Valley, Wyoming. Son of Hans Peter and Hannah Jane Christensen. I was Baptized on the 13th of March 1900 and as I remember the occasion it was very c …