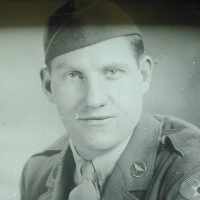 The Life of Gordon

Put your face in a costume from Gordon's homelands.

German: variant of Nieder , from the inflected (masculine) form.

A brief history written by Donna Niederer in 1996 Gordon and Donna met in February 1943 while Gordon was stationed in Grad Rapids, Michigan. After a fun courtship, they were married September …