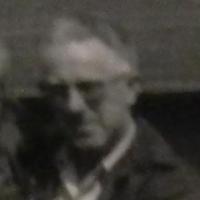 The Life of Eleazar

Put your face in a costume from Eleazar's homelands.

Díaz states his intention of not seeking reelection in interview. Francisco I. Madero publishes The Presidential Succession of 1910 .
1908 · The Bureau of Investigation is formed

Eleazor went by the name of "Red" among his relatives. I have pictures of Eleazor identified as "Red" on the back of the pictures. My dad (Roy Miller) referred to Eleazor as "Red" in his journals and …