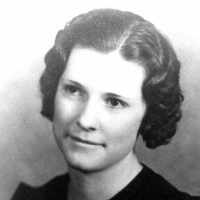 The Life of Mary Roa Ann

Put your face in a costume from Mary Roa Ann's homelands.

Irish: Anglicized form of Gaelic Ó Ceallaigh ‘descendant of Ceallach’, an ancient Irish personal name, originally a byname meaning ‘bright-headed’, later understood as ‘frequenting churches’ (Irish ceall). There are several early Irish saints who bore this name. Kelly is now the most common of all Irish family names in Ireland.

What did people call her?

I asked my cousin Ralph Hogge how people addressed his mother as I had noticed several ways she was named and how she came to die at such a young age. This is what Ralph shared with me: My mother's …