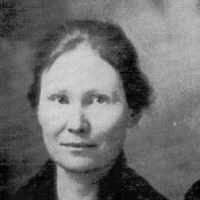 The Life of Edna Rebecca

Put your face in a costume from Edna Rebecca's homelands.

A landmark decision of the U.S. Supreme Court upholding the constitutionality of racial segregation laws for public facilities if the segregated facilities were equal in quality. It's widely regarded as one of the worst decisions in U.S. Supreme Court history.
1904 · Hobble Creek Hydroelectric Power Plant

The Hobble Creek Hydroelectric Power Plant was completed in 1904. Many poles and wires were installed to bring power into the town and its homes. The plant is still in operation today.
1906 · Saving Food Labels

English: from a pet form of the personal name Dennis . In Britain the surname is most common in Norfolk, but frequent also in Yorkshire.