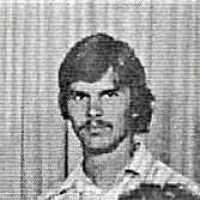 The Life of Neil Mathews

Put your face in a costume from Neil Mathews's homelands.

With the construction of 41,000 miles of the Interstate Highway System, the Federal Aid Highway Act made way for the largest public works project in American history at that time. One of the purposes was to provide military access to places in case of an attack.
1959 · The Space Dynamics Laboratory

Space Dynamics Laboratory is owned by Utah State University and is a nonprofit research corporation that has been responsible for the design, fabrication, and operation of sensors on over 400 aircraft, rocket-borne experiments, space shuttle experiments, and satellite-based systems. The Laboratory employs over 450 scientists, engineers, and professional staff at their facility in Logan, Albuquerque, New Mexico, Bedford, Massachusetts, and Washington, D.C.
1964 · The Twenty-Fourth Amendment