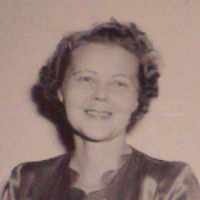 The Life of Pearl Elizabeth

Put your face in a costume from Pearl Elizabeth's homelands.

Scottish: local name for someone who lived at the head of a loch. Compare Kinloch .

Pearl Elizabeth Lochhead Lythgoe Rector My Childhood Days- Graduation from High School recorded in 1984 I was born May 8, 1906 in Ogden Utah to parents: Eliza Pearl Hellewell and William Stevenson …