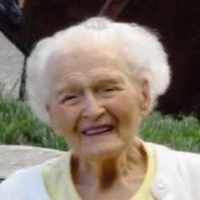 The Life Summary of Vera

When Vera Averett was born on 1 September 1914, in Lovell, Big Horn, Wyoming, United States, her father, George Lomond Averett, was 21 and her mother, Thelma Irene Stringham, was 19. She married James Harvey Kirby on 17 August 1937, in Salt Lake City, Salt Lake, Utah, United States. They were the parents of at least 2 sons. She lived in Pittsburg, Contra Costa, California, United States for about 1 years. She died on 3 January 2011, in Tigard, Washington, Oregon, United States, at the age of 96, and was buried in Portland, Multnomah, Oregon, United States.