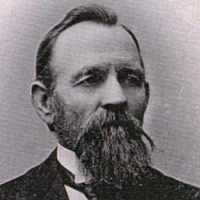 Put your face in a costume from Jens Christian Larsen's homelands.

Santa Anna retires to his hacienda and leaves government to Nicolás Bravo.

"And all they who suffer persecution for my name, and endure in faith, though they are called upon to lay down their lives for my sake yet shall they partake of all this glory." D & C 101:35 "And …