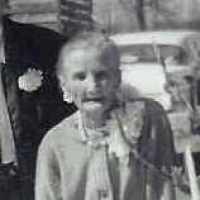 Put your face in a costume from Arlevia Mondelphia's homelands.

Garfield was shot twice by Charles J. Guitea at Railroad Station in Washington, D.C. on July 2, 1881. After eleven weeks of intensive and other care Garfield died in Elberon, New Jersey, the second of four presidents to be assassinated, following Abraham Lincoln.
1881

1 English and Scottish: topographic name for someone who lived by a patch of wet ground overgrown with brushwood, northern Middle English kerr (Old Norse kjarr). A legend grew up that the Kerrs were left-handed, on theory that the name is derived from Gaelic cearr ‘wronghanded’, ‘left-handed’.2 Irish: see Carr .3 This surname has also absorbed examples of German Kehr .

I attended their anniversary party in Helmic, Texas. All of their daughters flew home to Helmic for their anniversary. It was fun for the kids. It was great for Ma and Paw and their kids. I rememb …