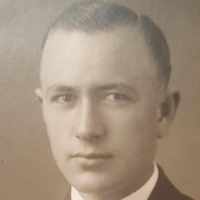 The Life Summary of Hilding John

Put your face in a costume from Hilding John's homelands.

Fond Memories of My Father

The first home that I lived in was a duplex located at 1517 Princeton Ave. in Santa Monica, California. My mother's parents, Anna Ludovica (Uschkoreit) Linstadt, and John Friedrick Linstadt, lived in …