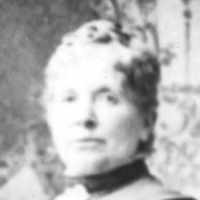 When Susannah Garrett was born on 17 June 1859, in Willenhall, Warwickshire, England, United Kingdom, her father, William Garrett Jr., was 41 and her mother, Maria Maycock, was 36. She married Hyrum Joseph Smith on 31 January 1888, in Salt Lake, Utah, United States. They were the parents of at least 2 sons and 4 daughters. She died on 5 June 1917, in Georgetown, Bear Lake, Idaho, United States, at the age of 57, and was buried in Bountiful Memorial Park, Bountiful, Davis, Utah, United States.

English (southern): from the Middle English personal name Gerad, a variant of either Gerald or Gerard .