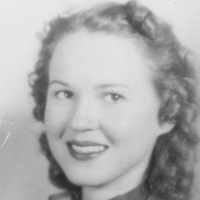 The Life of Elvie Pauline

Put your face in a costume from Elvie Pauline's homelands.

A farmer’s revolt known as the Green Corn Rebellion resulted due to frustration toward landowners and local authorities. A small group of wealthy landowners obtained property by fraudulent means which forced many Oklahoma farmers into a tenancy in 1917. Many farmers joined the Working Class Union who became hostile toward county officials. Hundreds of men gathered on the farm of John Spears in Sasakwa where they planned to march to Washington to repeal the draft act and end the war. Their plan included eating green corn and beef along the way, which gave the rebellion its name. An informer alerted authorities and their effort was halted as several groups collided with the rebels, firing shots into the air. The men scattered, three were killed, over 400 were arrested, and 150 were convicted and received federal prison sentences.
1940 · Roosevelt County Museum Opens

English: habitational name from any of the extremely numerous places named with Old English wudu ‘wood’ + tūn ‘enclosure’, ‘settlement’, such as Wootton in Northamptonshire or Oxfordshire, Wootton Bassett in Wiltshire, Wotton in Surrey, and Wotton under Edge in Gloucestershire.