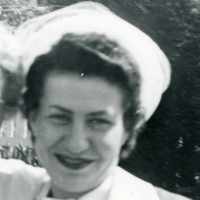 The Life of Selma June

Put your face in a costume from Selma June's homelands.

German: probably a nickname for a person with a broad butt. Breitkreutz replaced an earlier, more transparent form of the surname, Breitarsch, the use of Kreuz (literally ‘cross’) as a euphemism for ‘buttocks’ first occurring in the 17th century.