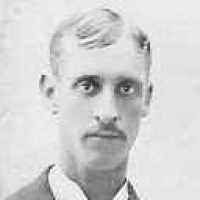 The Life of John Stock

Put your face in a costume from John Stock's homelands.

1 English: nickname for a wealthy man (or perhaps in some cases an ironic nickname for a pauper), from Middle English, Old French riche ‘rich’, ‘wealthy’ (of Germanic origin, akin to Germanic rīc ‘power(ful)’).2 English: from a medieval personal name, a short form of Richard , or less commonly of some other compound name with this first element.3 English: habitational name from the lost village of Riche in Lincolnshire, apparently so named from an Old English element ric ‘stream’ or, here, ‘drainage channel’. Some early forms of the surname, such as Ricardus de la riche (Hampshire 1200 ) and Alexander atte Riche (Sussex 1296) probably derive from minor places named with this element in southern counties, as for example Glynde Reach in Sussex.