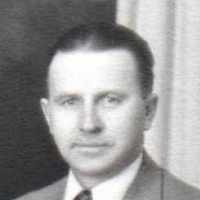 When Joseph Leroy Anderson was born on 2 March 1893, in Benjamin, Utah, Utah, United States, his father, Niels August Anderson, was 35 and his mother, Jensine Michelsen, was 35. He married Annie LaVern Fairbanks on 18 February 1920, in Salt Lake City, Salt Lake, Utah, United States. They were the parents of at least 2 sons and 1 daughter. He immigrated to Sweet Grass, Montana, United States in 1917. He died on 29 October 1948, in Lethbridge, Alberta, Canada, at the age of 55, and was buried in Temple Hill Cemetery, Raymond, Warner, Alberta, Canada.

Minutes of concern, turned to painful hours that bordered on despair for a young mother and father of three children. Beridden days turned to weeks of worsened conditions. Vicious tissue damagin …