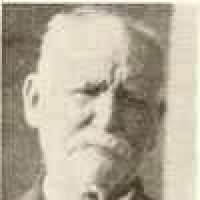 The Life Summary of Meredith

Put your face in a costume from Meredith's homelands.

English: patronymic meaning ‘son of Dawe’, from the Middle English personal name Daw(e) (see Daw 1 and 2), which is sometimes a pet form of David (see 2 below) but more generally of Rauf or Raw (i.e. Ralph ), of which Daw(e) is a rhyming form. Alternatively, the patronymic could mean ‘son of Daud(e)’, another Middle English pet form of Ralph evidently used interchangeably with Dawe. Dawson is one of the most numerous patronymics.Scottish: patronymic, ‘son of Dawe’. In Scotland Dawe is a diminutive of David (compare 1 above).