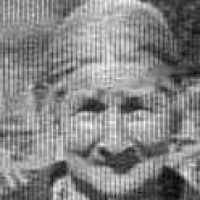 Ann was 14 years old when she was part of the Fred C. Anderson Company of pioneers.