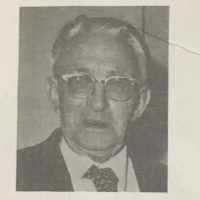 The Life of Leorin Willard

Put your face in a costume from Leorin Willard's homelands.

English:1. from the Old Norse byname Krókr meaning ‘crook’, ‘bend’, originally possibly bestowed on a cripple or hunchback or a devious schemer, but in early medieval England used as a personal name. 2. from Old Norse krókr ‘hook’, ‘bend’, borrowed into Middle English as a vocabulary word and applied as a metonymic occupational name for a maker, seller, or user of hooks or a topographic name for someone who lived by a bend in a river or road. In some instances the surname may have arisen as a habitational name from places in Cumbria and Durham named Crook from this word.