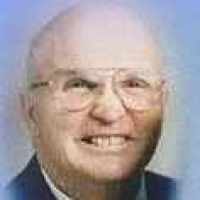 The Life of Clarence Devan

Put your face in a costume from Clarence Devan's homelands.

"After the Arlington Hotel burnt down in 1923, Harman and Louis Peery devised a plan to build a grand theater like the Grand Opera House but with moving pictures. It was constructed after the manner of other famous theaters that were Egyptian-themed. The first feature played there was a silent film titled, ""Wanderer of the Wasteland"" and was accompanied by the famous pipe organ named, ""The Mighty Wurlitzer"". In 1951 the theater was renovated so that more people would be able to enjoy the films shown there. The theater exists today but only as a community theater and performing arts house."
1927 · Land Covered in Dinosaur Fossils

The quarry was originally found by sheepherders and cattlemen as they drove their animals through the area. The Department of Geology at the University of Utah soon visited the area and found 800 fossils of a variety of Dinosaurs from the Jurassic Era. Because of the proximity of the site to Cleveland, Utah, and because most of the expeditions were financed by Malcolm Lloyd, the site was later known as the Cleveland-Lloyd Quarry. In later years, Princeton college spent three summers at the site. They collected a total of 1,200 bones, part of which were sent back to the school and mounted to complete a full skeleton of an Allosaurus, Utah’s State Fossil. Over the years, excavations led to the collection of more than 12,000 fossils from the quarry. It was designated as a National Natural Landmark in 1965.
1950 · Utah's Second Largest City

Ogden was known as the second largest city in Utah during the 1950s, but for most of the residents it was number one. It was just the right size to keep the privacy of the citizens, but was a robust busy city. It was the fastest growing city in Utah after the end of World War II and the Korean War.