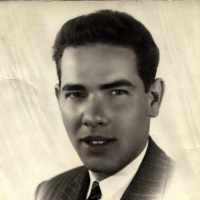 When John Edward Pixton Jr was born on 19 March 1922, in Taylorsville, Salt Lake, Utah, United States, his father, John Edward Pixton, was 41 and his mother, Evelyn Anne Thomas, was 30. He married Jane Buchholz Tadje on 21 March 1945. They were the parents of at least 1 son and 1 daughter. He lived in Salt Lake, Utah, United States in 1930. He registered for military service in 1942. He died on 21 March 1998, in Santa Rosa, Sonoma, California, United States, at the age of 76, and was buried in Shiloh, Windsor, Sonoma, California, United States.