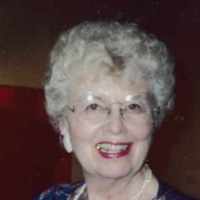 The Tower Theatre is a historic film theater operated by the Salt Lake Film Society. The theater presents independent films and is a venue for the Sundance Film Festival. It also presents classic films on occasional weekends and hosts a movie-rental library for those that want to expand their cinematic knowledge.
1949 · NATO is Established

1 German: topographic name for someone who lived near a beech wood, from Middle High German buoch ‘beech’ + holz ‘wood’, or a habitational name from a place named Buchholz, of which there are numerous examples, especially in northern Germany.2 Jewish (Ashkenazic): ornamental name from German Buchholz ‘beech wood’ (see 1).

MY TALK.(5 PARTS.)1. WHERE DID SHE GO?THE DAY AFTER MY MOTHER DIED AT THE HOSPITAL AT STANFORD,BOBBY AND I MET TO VIEW MOM’S BODY. IT REMINDED ME IMMEDIATELY OF A FILM I’D SEEN ABOUT TEMPLEGRANDIN, A …