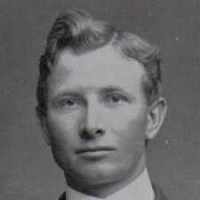 The Life of John Whiting

Put your face in a costume from John Whiting's homelands.

Letter to Verl Helen Myers (John's daughter) April 21, 1925 Dear Verlie Ellen (Verl Helen Myers), Just a few lines to tell you to keep out of the water. When you go to swim hang your clothes on a h …