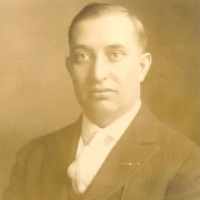 The Life Summary of Clyde Strong

Put your face in a costume from Clyde Strong's homelands.

Clyde was born September 10, 1894 to Scott Winfield Campbell and Lucinda Strong Campbell in North Ogden, Utah. He had an older brother Harold and a younger brother Arlie. His father would buy fruit fr …