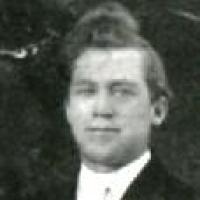 A federal law prohibiting all immigration of Chinese laborers. The Act was the first law to prevent all members of a national group from immigrating to the United States.
1894 · The Genealogical Society of Utah is formed.

The Genealogical Society of Utah is formed. - A precursor society to FamilySearch, the GSU was organized on November 13,1894, in the Church Historian's Office of The Church of Jesus Christ of Latter-day Saints.
1903 · Department of Commerce and Labor

1 English: from a derivative of Lucas . This was (and is) the common vernacular form of the name, being the one by which the author of the fourth Gospel is known in English.2 English: habitational name for someone from Liège in Belgium (Dutch Luik).3 North German (Lüke): from a short form of Lüdeke; Luedecke .