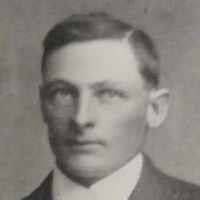 The Life of Fredrick Hyrum

Put your face in a costume from Fredrick Hyrum's homelands.

English: of unknown etymology. It looks like a habitational name, but no place of this name is known in Britain. The proposed etymology from an Old English personal name, Higbert, is equally doubtful.

Written by Sarah Ann Higbee Today is my birthday – my 74th – and while wishing and praying this morning for my dear children, I thought I would try to write something about my life, my early life, …