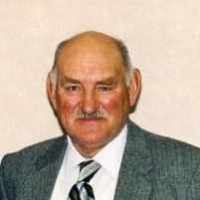 The Life of William Ray

Put your face in a costume from William Ray's homelands.

Poem written by Lucina Freestone Ramsey for her four sons.

My Four Sons To press my lips Upon a fair cheek or a brown (brow?) of my four sons. So long I have stooped down, But suddenly today to my surprise I find that I must lift my toes, To meet their eye …