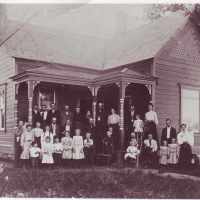 Hyrum Smith Rich, a Utah pioneer of 1847, was the son of Charles Coulson Rich and Sarah Jane Peck Rich. His father had six wives and 52 children. Hyrum was the third son of Charles C. and the first ch …