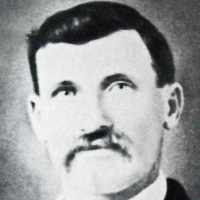 The Life of Ammon Martin

When Ammon Martin Paulsen was born on 4 July 1869, in Øster Egesborg, Bårse, Præstø, Denmark, his father, Peder Poulsen, was 43 and his mother, Ane Marie Mortensen, was 27. He married Annie Marie Gregersen on 23 October 1895, in Logan, Cache, Utah Territory, United States. They were the parents of at least 6 sons and 4 daughters. He died on 16 October 1943, in Idaho Falls, Bonneville, Idaho, United States, at the age of 74, and was buried in Goshen, Bingham, Idaho, United States.

Put your face in a costume from Ammon Martin's homelands.

Prohibits the federal government and each state from denying a citizen the right to vote based on that citizen's race, color, or previous condition of servitude. It was the last of the Reconstruction Amendments.
1883