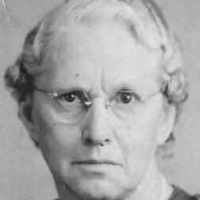 The Life of Annie Marie

When Annie Marie Gregersen was born on 5 January 1877, in Kirke Stillinge, Slagelse, Sorø, Denmark, her father, Hans Gregersen, was 41 and her mother, Anne Marie Hansdatter, was 36. She married Ammon Martin Paulsen on 23 October 1895, in Logan, Cache, Utah Territory, United States. They were the parents of at least 6 sons and 4 daughters. She died on 29 December 1970, in Idaho Falls, Bonneville, Idaho, United States, at the age of 93, and was buried in Goshen, Bingham, Idaho, United States.

Put your face in a costume from Annie Marie's homelands.

Memoirs of Christiane Sophie Gregersen Sorensen Written by Cleo Nielsen (1910-1993) - daughter of Martha, grand-daughter of Sophie and Hans This biography does not have its author or date identified, …