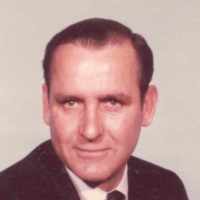 The Life of Keith Gordon

Put your face in a costume from Keith Gordon's homelands.

The Church of Jesus Christ of Latter-day Saints announced the Los Angeles California Temple on March 6, 1937.
1945 · Peace in a Post War World

English (southeastern and central): topographic name for someone who lived by some oak trees, from misdivision of Middle English atten okes ‘at the oaks’ ( see Nock ).