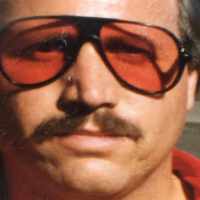 The Life of Jason Hodges

Put your face in a costume from Jason Hodges's homelands.

Explorer 1 was the first satellite of the United States to be launched and successfully orbit the Earth.
1960

"Neil A. Armstrong and Edwin E. Aldrin landed on the lunar surface while Michael Collins orbited overhead in the Apollo command module. After checkout, Armstrong set foot on the surface, telling the millions of listeners that it was ""one small step for man, one giant leap for mankind""."

1 German and Jewish (Ashkenazic): nickname for a person with red hair, from Middle High German rōt, German rot ‘red’. As a Jewish surname it is also at least partly ornamental: its frequency as a Jewish surname is disproportionate to the number of Jews who, one may reasonably assume, were red-headed during the period of surname adoption.2 German and English: topographic name for someone who lived on land that had been cleared, Old High German rod, Old English rod, roð.3 German: from a short form of any of the various Germanic personal names with the first element hrōd ‘renown’. Compare Rode 1, Ross 3.