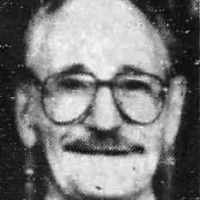 The Life of Clifford June

Put your face in a costume from Clifford June's homelands.

The Posey War was to be considered the final Indian War in American history. It was a minor conflict, but it involved a mass exodus of Ute and Paiute from their land around current day Bluff, Utah. The natives were led by a chief named Posey, hence the name, who took his people into the mountains to try and escape his pursuers. The war ended after a skirmish at Comb Ridge. Posey was badly wounded, and his band was taken to a prisoner-of-war camp in Blanding. When Posey's death was confirmed by the authorities, the prisoners were released and given land allotments to farm and raise livestock.
1941

1 German, Dutch, English, and French: from a Germanic personal name composed of the elements heri, hari ‘army’ + berht ‘bright’, ‘famous’. In Britain, this Old French name, introduced by the Normans, reinforced the less common Old English cognate Herebeorht. The surname was taken to Ireland after the Anglo-Norman invasion and in the 16th century.2 Jewish (Ashkenazic): from the German personal name.